Friday the 28th June 2019 saw a special arrival at our new Grange McLaren Hatfield dealership. The astonishing new McLaren GT landed in our showroom with its truly epic looks and otherworldly features.

McLaren themselves state that ‘A Grand Tourer should go like an express train; not handle like one’, well, the new McLaren GT certainly is express! Unlike some of its predecessors and competitors alike in the Grand Tourer class, the new McLaren GT has broken away from the conventional norm of the front mounted engine, opting instead for a mid-mounted alternative which completely changes the dynamics of the class.

Take a close look in the images below of our launch event or find out more about the new Mclaren GT at Grange McLaren Hatfield here. 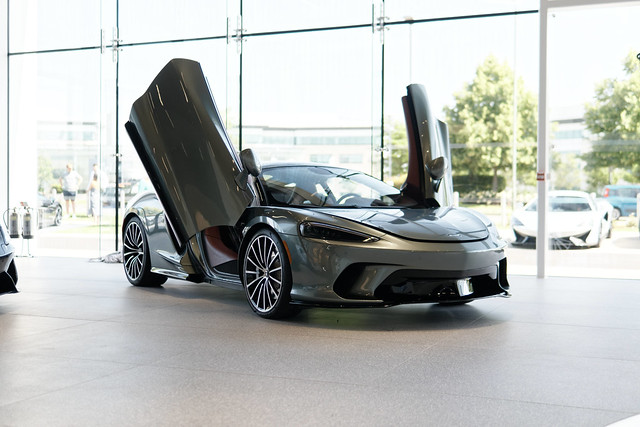