Darren Turner ended his 2018 season with a hard-charging performance in the Gulf 12 Hour race at Abu Dhabi’s Yas Marina Circuit on Saturday, recording the best finish yet for the brand new Aston Martin Vantage GT3. 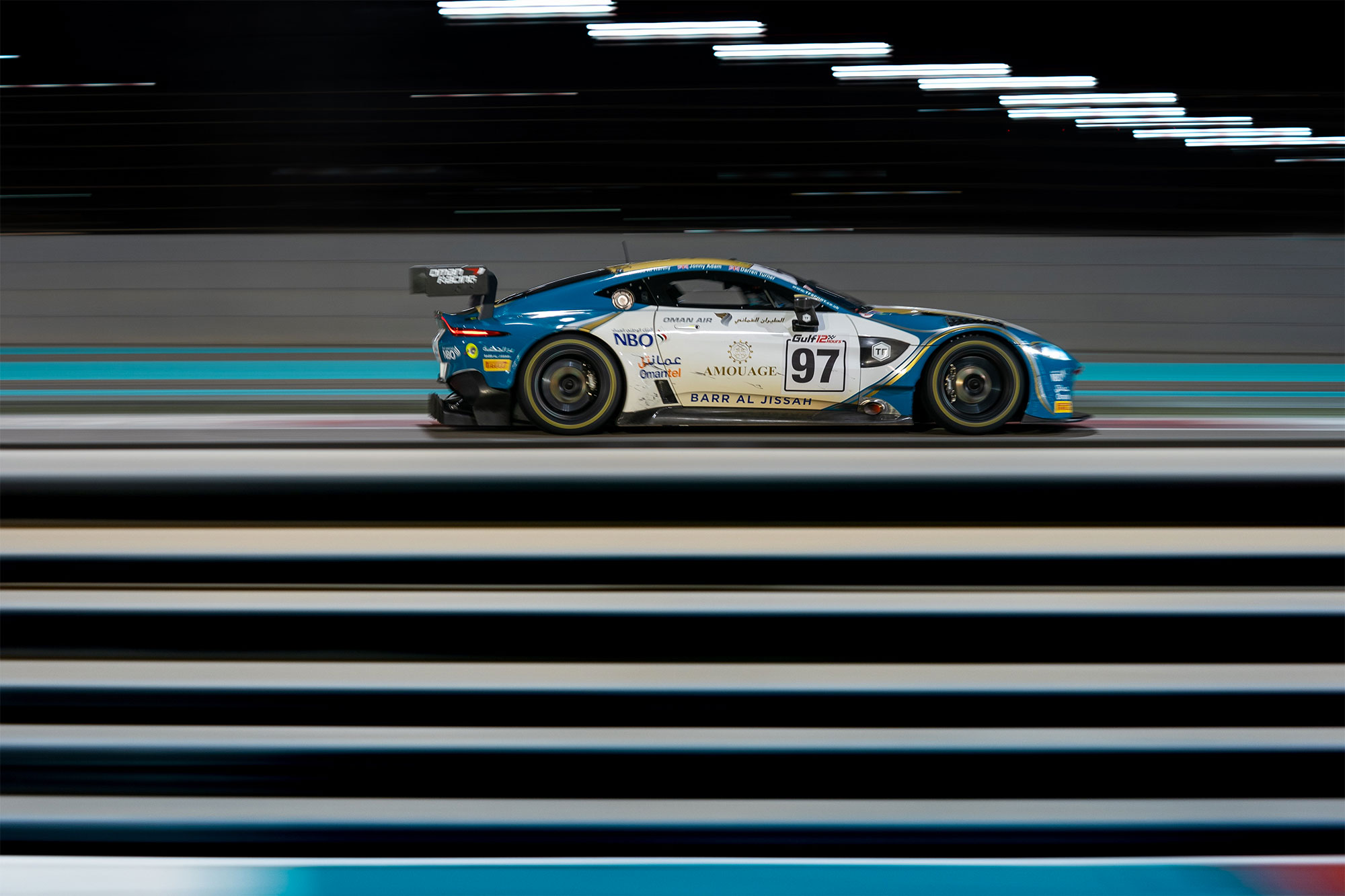 Racing alongside his 2017 Le Mans 24 Hours co-winning Aston Martin Racing team-mate Jonny Adam, as well as Ahmad al Harthy for the Oman Racing by TF Sport team, the Briton finished fourth overall in the unique event, split into two six-hour races and finishing under the bright spotlights of the spectacular grand prix venue.

But in spite of this superb result for the new car, which backs up the fourth place Turner recorded with it at the Nürburgring Nordschleife back in October, it was also a little case of what have been…

Turner started the race from fifth on the grid, third in the GTE Pro class, and ran comfortably in that position for the first hour. But then just as he was about to pit and hand over to al Harthy following a strong opening stint, the Safety Car was called out. Turner’s Aston Martin was light on fuel, and the length of the Safety Car period meant that when he finally pitted, he was running on fumes. 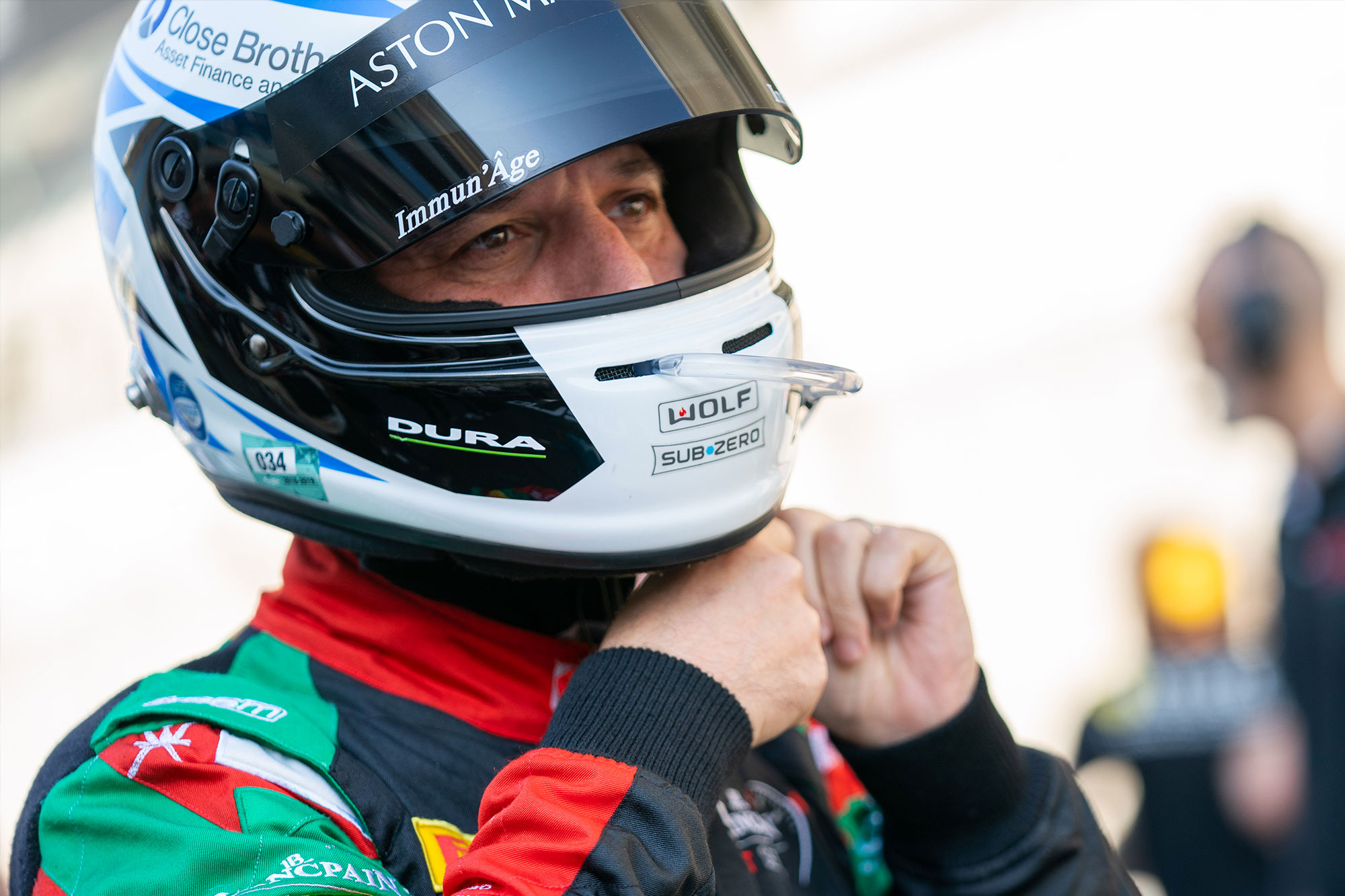 “I was really happy with our pace up until the Safety Car,” he said. “It was just unfortunate with the Safety Car timing because we literally had one more lap to go and then we would have boxed! Instead we did a lot of laps behind the Safety Car with me trying to fuel save so as not incur a penalty for pitting during a yellow flag period. In my entire career I don’t think I’ve ever had that situation before!”

This led to an issue for al Harthy, who struggled to get the car re-fired after the stop because of a fuel issue, and the team lost a lap to its rivals in the pits.

“Unfortunately it cost us time that was always going to be difficult to recover given the very strong pace of the field,” said Turner. “But we got our heads down, drove the car hard, and aimed to be in a position to capitalise on the inevitable attrition.” 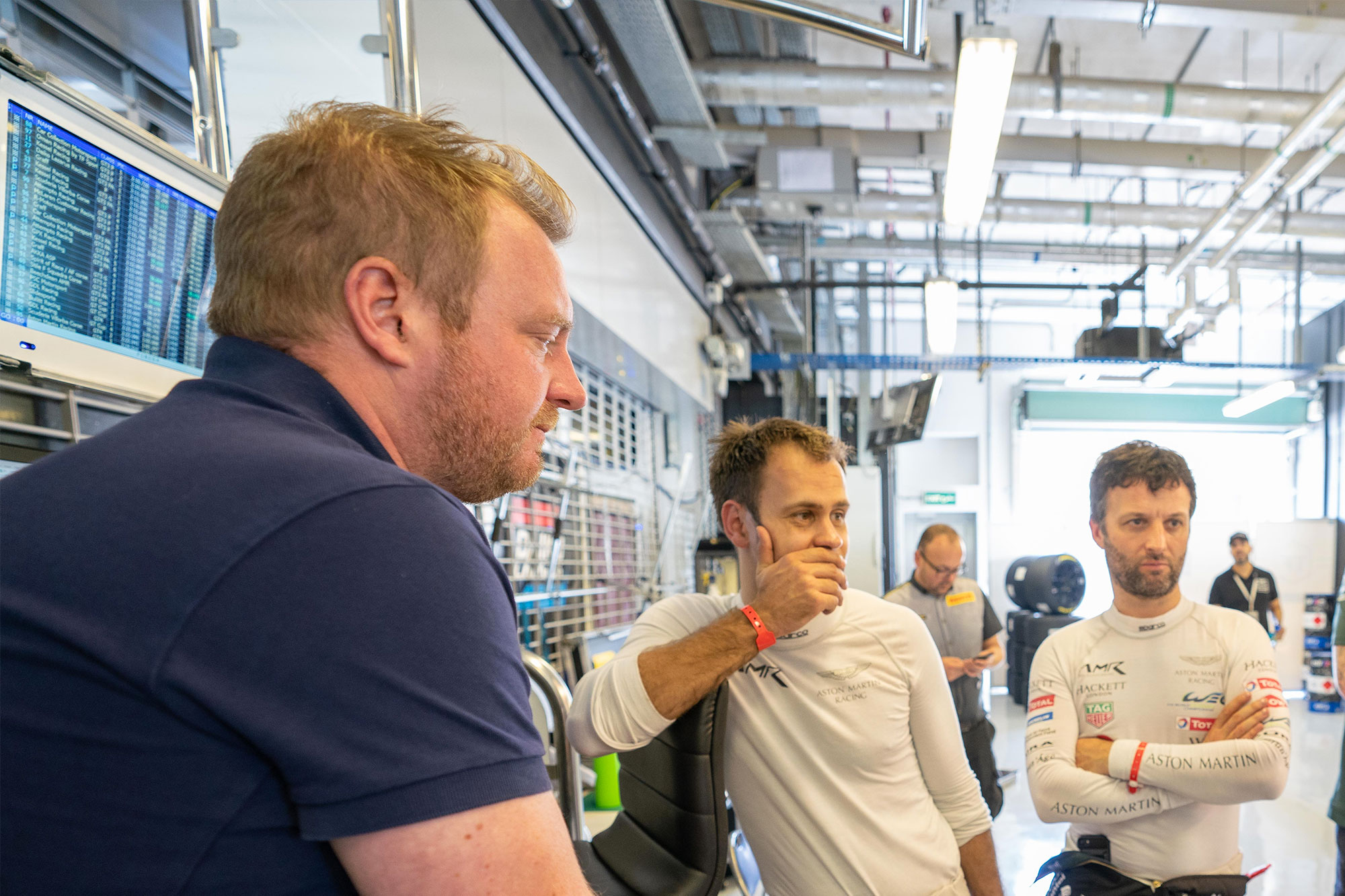 Turner and his team finished the first six hours in seventh overall, and P6 in class, with a target to chase down a podium in the second phase of the 12. And, as predicted, attrition along with some excellent work from Turner and his team-mates got them back up to fourth overall.

“We managed to work our way up to fourth in the second phase, and we were closing in on third, but we simply ran out of time to grab the podium”, he said. “I think if we’d had another stint we would have been on the podium for sure.

“What it does mean is that a great deal of information has been learned about the new GT3, and in hot conditions, which was one of the main reasons for participating in this event,” added Turner. “It’s a nice place to come and race at the end of the year, and for all the drivers, it’s a good way to sign off 2018.” 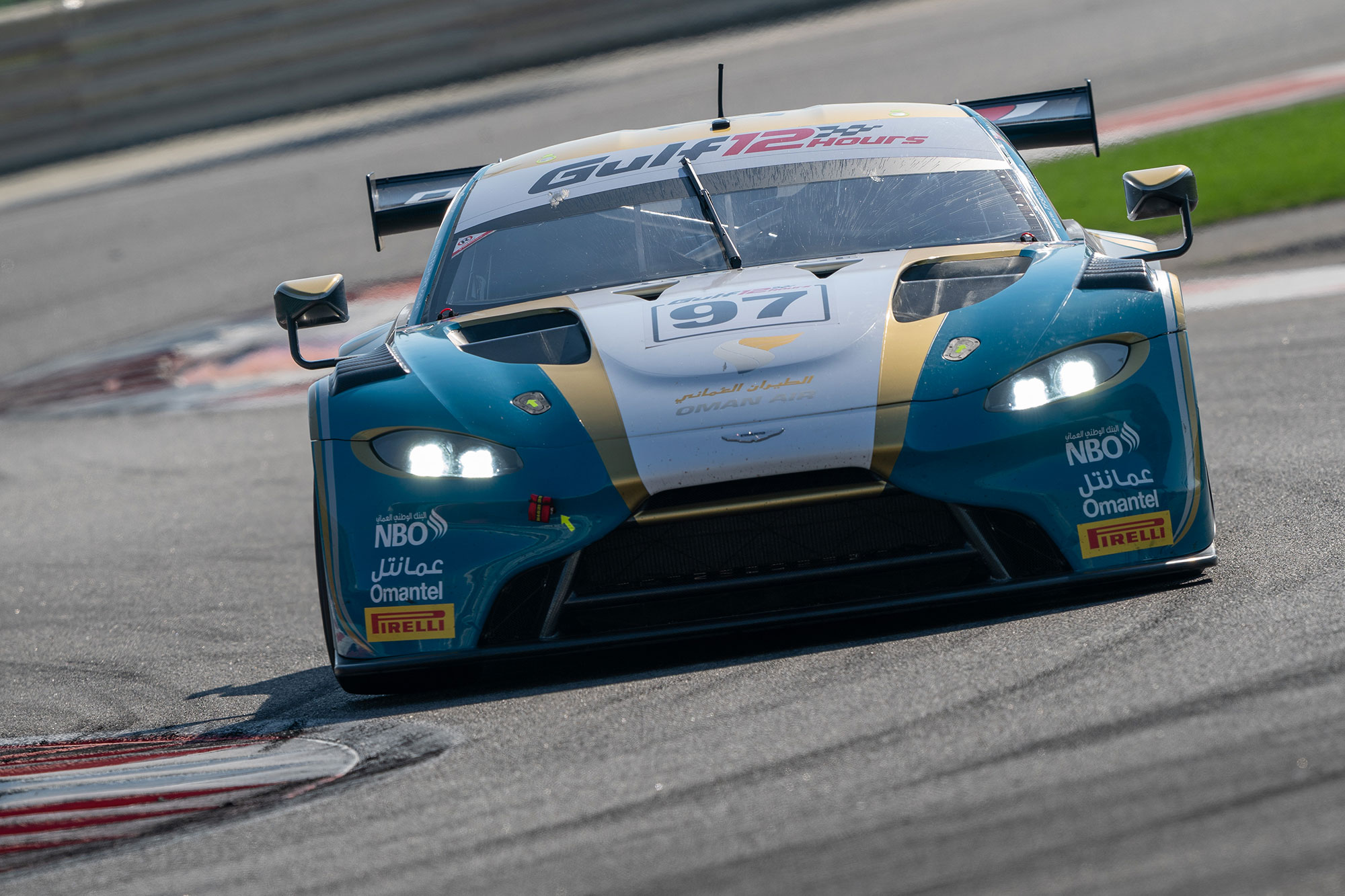 For Turner, this was an encouraging end to a busy season that has seen him race in the FIA World Endurance Championship for the factory Aston Martin Racing team, compete in the British GT Championship for Beechdean AMR and play an integral role in the new Vantage GT3 and GT4 development process.

Looking ahead to 2019, Turner is convinced the Vantage GT3 is going to play a big part in his targeted successes next year.

“It’s two races in for the Vantage GT3 and it has successfully tackled the Nordschleife and a 12-hour race at Abu Dhabi. We have learned a great deal from both of those events and over the winter it means that the team has got a lot of information so that when we come back to race it next year we should be in a really good position. 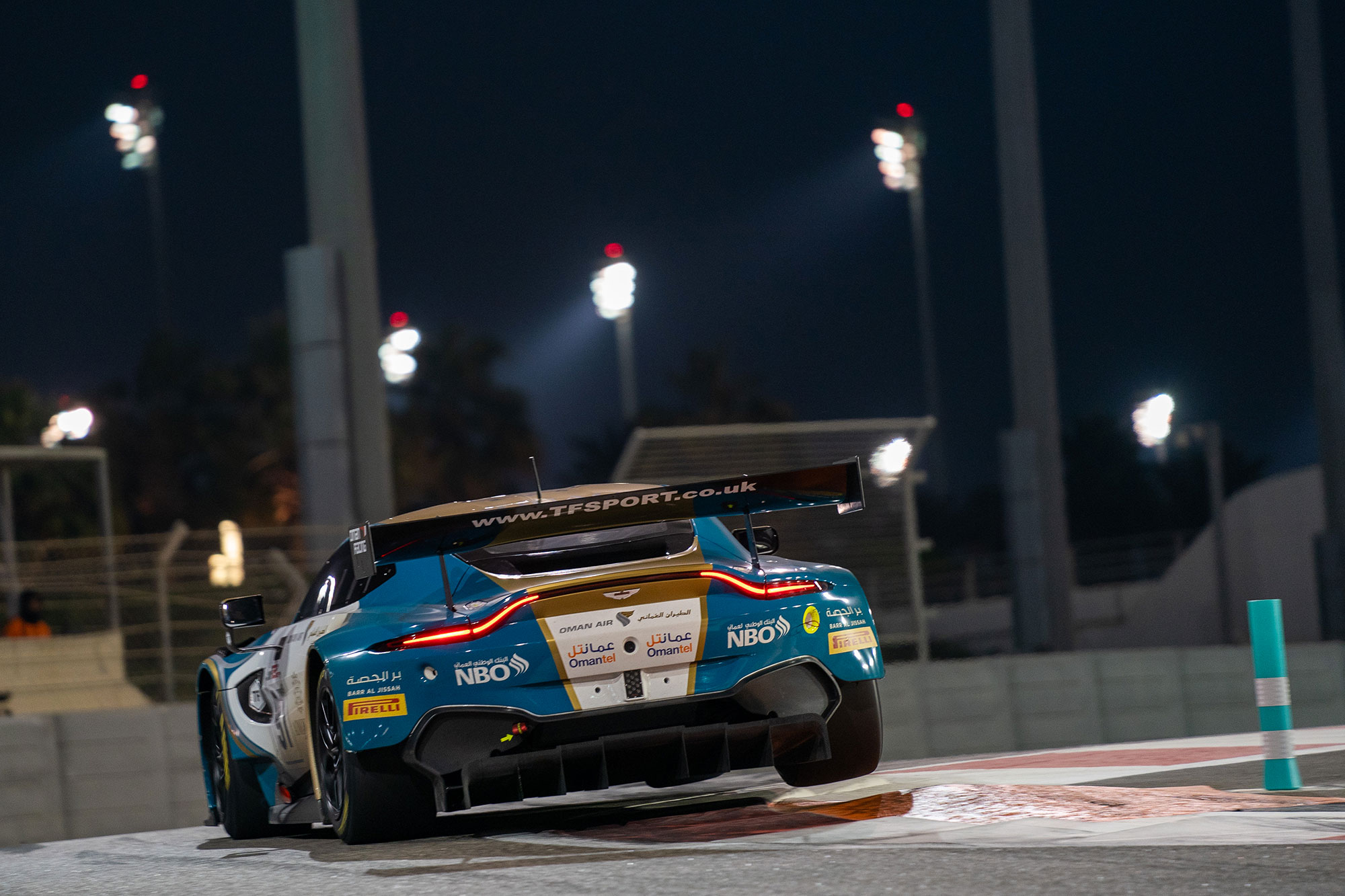 “It just remains for me to say it has been a great year and I’ve really enjoyed racing with all the teams. I’m really looking forward to 2019, and there are some exciting plans in the mix. I would also like to send a very grateful thanks to my personal sponsors for looking after me and I wish them all a great Christmas and New Year!”